MSI’s Gaming X graphics cards feature their Twin Frozr 7 Thermal Design, which not only keeps the GPU nice and cool but also does it very quietly as well. It also features Zero Frozr technology, which stops the fan in low-load situations.

The GeForce GTX SUPER Series has ultra-fast GDDR6 memory, bringing you performance that’s up to 50% faster than the original GTX 16 Series and up to 2X faster than previous-generation 10 Series GPUs. It’s time to gear up and get SUPER. 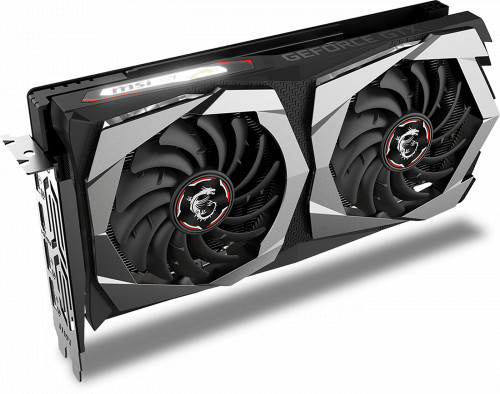 The 7th generation of the famous MSI TWIN FROZR Thermal Design brings the most advanced technology for ultimate cooling performance. It features the new TORX FAN 3.0 combined with groundbreaking aerodynamic feats. This means stable performance and a silent experience are guaranteed thanks to low temperatures.

“The fan I bought was quieter than I imagined and was delivered the next day. Very happy with the experience and the product”