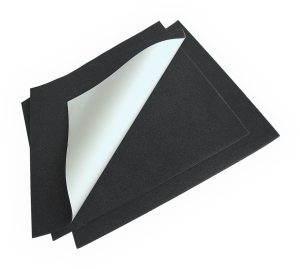 “My Quiet PC Experience - Its a good’an!”

“Researched many different components and systems which could be used for music production. Discovered this site from recommendation from a Youtube video.

Was at first deceived by the amount of money id save compared to the other systems I was looking for (was initially going for daft over kill specs like £400 Intel 6 core processor and 32-64gig fastest ram with x79 chipset).

At first I wasn’t, but in hindsight im quite happy with the selection of components offered. Their not top top spec, and I thought this was a limitation but after building the system, I was grinning like a Cheshire cat when It booted for the first time (transitioned from a dying laptop to a speedy 4/8 core 4ghz CPU with 16gig of 1600mhz ram booted from a top end Samsung SSD). the parts are everything you need for a top end fast and quiet system.

The only issues I have had is the build quality of the power supply is somewhat lazy in areas. (ive written a separate review on the FSP Aurum AU-500FL Xilenser 500W FL Fanless page) I wasn’t impressed with the excessive glue used, the lengh of the CPU cable the mild buzzing noise that comes from it occasionally, especially as its the ‘Gold rated’ most expensive power supply).

Also the heatsink was a bit tricky to fit. if building yourself remember to install RAM before heatsink! otherwise you waste a bunch of time having to take heatsink off again, reapply thermal paste and refit heatsink (like me!)

Everything else was a doddle. This was my first build. not to take custom away from Quiet PC but i really enjoyed and would recommend building it yourself. It was on the whole easy to do (i had my trusty dying laptop with a Newegg PC building tutorial handy) and i learned a tonne about PC’s in the process (i also saved a bunch of money which i spent on a new monitor and monitor speakers!)

Ive tested my system, installed the drivers etc and the system is brilliant! 7.8 windows scores for calculations & memory operations per second , 7.9 for disk data transfer rate, and a whopping 6.7 for graphics performance (amazing given i dont even have a graphics card included, solely motherboard & CPU graphics) . Soooo fast / responsive / quiet /cool! the temp hasnt even got close to ‘Hot’ (even with 80w CPU, which I was worried about).

The service throughout was great (Ellen was extremely kind and helpful when dealing with my queries. There was a slight delay with the delivery due to stock limitations but this was explained to me prior to me placing the order. Once all parts were in stock delivery was exceptionally quick

Phew! Overall 10/10 for service, I would definitely recommend and buy from Quiet PC again!