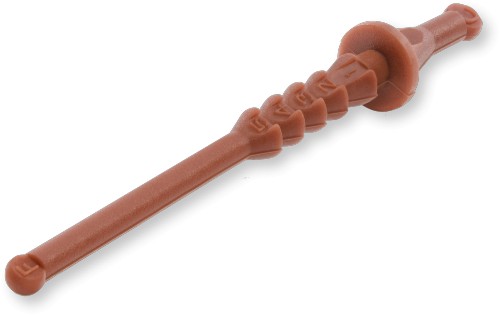 The NA-SAV3 is a fan accessory set consisting of 16 NA-AV3 anti-vibration mounts for up to four fans. Replacing standard fan screws, the NA-AV3 mounts enable the convenient, quick and vibration-free installation of fans in standard mounting holes for case fans. Five defined, numbered pawls allow the NA-AV3 to work perfectly with both standard open corner fans (pawl 1) and 10, 14, 15, 20 or 25mm thick fans with closed corners (pawls 2 to 5). This makes the NA-AV3 ideal for slim fans where other anti-vibration mounts may not fit properly.

Compared to conventional single-side anti-vibration mounts, the NA-AV3’s double-side design makes them much easier to work with in space-restricted environments or placements where the fan’s mounting holes are difficult to reach.

The use of premium-grade silicone makes the NA-AV3 mounts both extra soft and highly tear-proof, allowing them to combine efficient decoupling with excellent longevity and ease of use.

Compatible with all Noctua fans and many third-party fans

The NA-AV3 mounts are ideal for the vibration-free installation of all current Noctua fans (including redux and industrialPPC models) as well as many third-party fans. 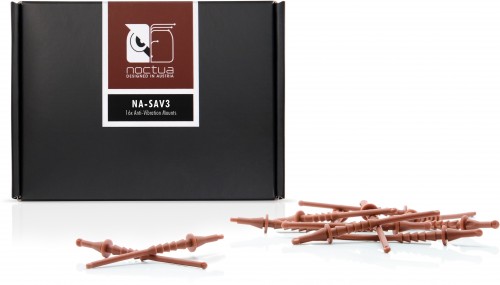 “I have just completed a purchase of Accoustifeet via Quiet PC’s website which I found via Google during a weekend.

I had a question for their Technical man, Andy, before I made my purchase. I found the “Contact Us” page first class because it allows the customer to direct his enquiry to the very person concerned rather than sending just a general e-mail that has to be forwarded by whomsoever reads it.

This was borne out when Andy, in person, sent me a reply soon after the start of business hours on the Monday after the weekend. I then replied with a further question to which Andy replied, again in a very timely manner.

Because of a failure by me fully to note a particular detail in Andy’s reply, I rang the Company and spoke to Billy with a further query. The way that I was treated was in a very personal, yet businesslike manner and I subsequently placed my order.

The order process was very easy and, at the end, an illustration of the product that has been ordered is displayed so that the buyer gets the reassurance that he has ordered exactly what he thought he was ordering.

Quiet PC seem to understand the position of a customer very well and a lot better than some internet companies. Great stuff. On the basis of this experience, they deserve to be very successful.

I recommend this Company to anyone in the market for the type of product they sell.

I have no connection with the Company other than as a customer.