Due to popular demand, Noctua have released all-black versions of their most popular CPU coolers, with the NH-L9i being one of them! 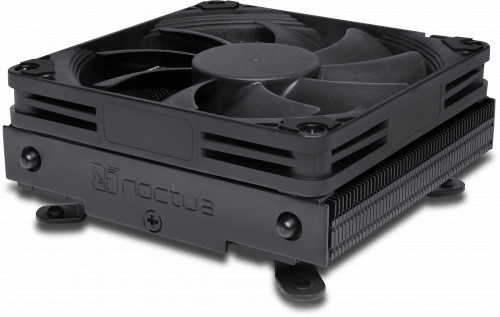 The NH-L9i chromax.black is an all-black version of Noctua’s award-winning NH-L9i low-profile quiet CPU cooler for HTPCs and Small Form Factor (SFF) builds. Thanks to the same proven heatsink design and NF-A9x14 PWM fan, it stays true to the NH-L9i’s successful formula of fusing a height of only 37mm with strong performance and excellent quietness of operation, as well as 100% RAM and PCIe compatibility. At the same time, the chromax.black version with its black fan and black coated heatsink combines these assets with a sleek stealth look. Topped off with the renowned SecuFirm2 low-profile mounting system for Intel LGA115x, Noctua’s enthusiast-grade NT-H1 thermal compound and a full 6-year manufacturer’s warranty, the NH-L9i chromax.black is a premium choice for customers who seek an ultra-compact heatsink that looks just as great as it cools.

Tens of thousands of enthusiast users all over the world swear by the NH-L9i’s quality and performance. Recommended by more than 150 international hardware websites and magazines, it is renowned as being one of the best low-profile coolers on the market.

The NH-L9i chromax.black is black from head to toe: Featuring a black coated heatsink, a black fan with black anti-vibration-pads, black fan screws and black mounting parts, it’s right at home in all-black builds and easy to integrate with other colour schemes.

Due to the slim 23mm heatsink and the NF-A9x14 low profile fan that measures only 14mm in thickness, the NH-L9 stands a mere 37mm tall, which makes it ideal for use in compact HTPCs or Small Form Factor cases that offer minimum clearance for CPU coolers. 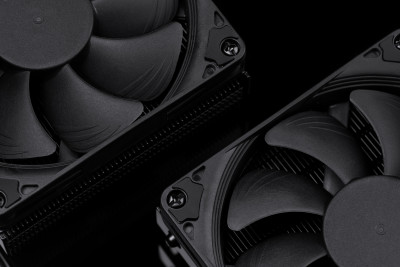 The NH-L9i has a 95x95mm footprint that complies exactly with the Intel LGA115x socket keep-out zone. This means that it won’t cause issues with chipset coolers and doesn’t overhang the RAM slots, so it’s fully compatible with tall memory modules.

100% compatibility with PCIe cards on mini-ITX

Most Intel LGA115x based mini-ITX motherboards have the PCIe slot sitting right next to the 95x95mm socket zone. While larger coolers that exceed this zone are likely to block the PCIe slot, the 95x95xmm sized NH-L9i provides full compatibility with PCIe cards. 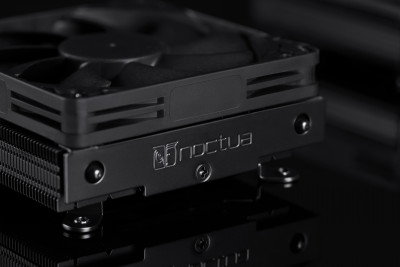 Allowing to reduce the maximum speed of the NF-A9x14 fan from 2500 to 1800rpm, the included (L.N.A.) makes it possible to achieve near-silent setups using CPUs with less than 65W TDP.

The NH-L9i bundles a custom-designed, backplate-less SecuFirm2 mounting system for LGA115x that offers extended compatibility with mini-ITX boards and makes installation easier than ever, all while maintaining the trusted SecuFirm2 quality.

While the NH-L9i’s construction is tailored to the keep-out zone of Intel’s LGA115x platform, it can be installed on many AMD AM4 boards using the optional NM-AM4-L9aL9i mounting kit, which can be ordered on Noctua’s website free of charge. 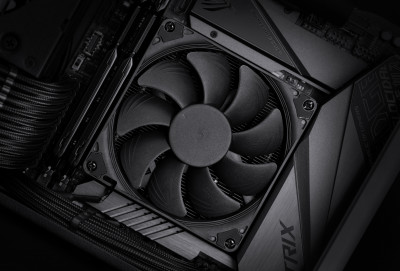 Noctua’s much-acclaimed NT-H1 is a pro-grade TIM solution that provides minimum thermal resistance, excellent ease of use and outstanding reliability. Chosen again and again by overclockers and enthusiast users worldwide, it has established itself as a benchmark for premium-quality thermal compounds.

Soldered interface between heatpipes and fins

With many heatsinks, the fins are press-fitted to the heatpipes. Due to the different thermal expansion coefficients of copper and aluminium, this fit can loosen over years of thermal cycling, which may lead to reduced performance. By contrast, the NH-L9i’s fins are soldered to the heatpipes in order to guarantee a superior thermal interface that doesn’t deteriorate even after many years of usage.

Noctua products are renowned for their impeccable quality and outstanding longevity. Like all Noctua fans, the supplied NF-A9x14 features an MTTF rating of more than 150.000 hours and the entire NH-L9i package comes with a full 6-year manufacturer’s warranty.

Caution: The NH-L9i is a highly-compact low-profile quiet cooler designed for use in small form factor cases and HTPC environments. While it provides first rate performance in its class, it is not suitable for overclocking and should be used with care on CPUs with more than 65W TDP (Thermal Design Power). Please consult the TDP guideline to find out whether the NH-L9i is recommended for your CPU. 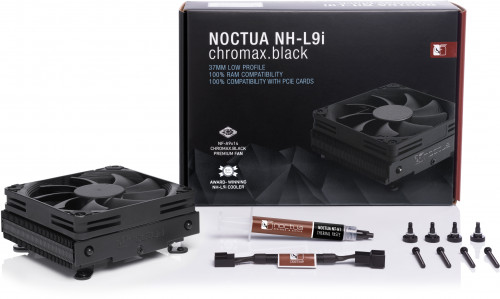