We’re now offering a fully-built 100% silent PC, using Intel’s latest Generation CPUs and a fanless processor cooler. Housed in the UMX5 chassis this machine is designed to be a real head turner. 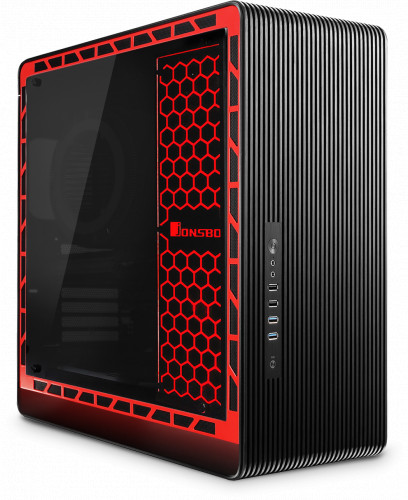 We are proud to offer the Nofan A895i Silent Desktop which is a fully-built silent computer system, housed in the striking Jonsbo UMX5 chassis. The chassis features an abundance of LEDs that can be controlled by a switch at the front of the PC which cycles through different colours or allows the LEDs to be completely turned off. The system utilises Intel’s latest generation CPUs and a Z390 motherboard. The CPU is silently cooled by either Nofan’s CR-80EH IcePipe processor cooler (up to 80W CPU) or Silverstone’s Heligon HE02-V2 (up to 95W CPU) for no noise, no dust, no moving parts and no maintenance. The machine can be configured to your exact specification and offers, as you would expect, totally silent operation.

This PC takes advantage of Intel’s latest CPUs, which have broken the mould as they now feature more cores and threads compared to previous generations. The Core i3 now features four cores, the Core i5 six cores, the Core i7 has either six or eight cores and the Core i9 is eight cores, which is a significant increase over the 7th gen processors. As well as an increase in core count, the amount of threads for each CPU has also gone up, meaning more multi-tasking can be achieved. These additional cores and threads really make the Intel’s latest CPUs a great performer. For example, the Core i3 8300 CPU is now equivalent in terms of performance to the 7th Gen Core i5 7600 but costs significantly less - giving you more performance for less money. 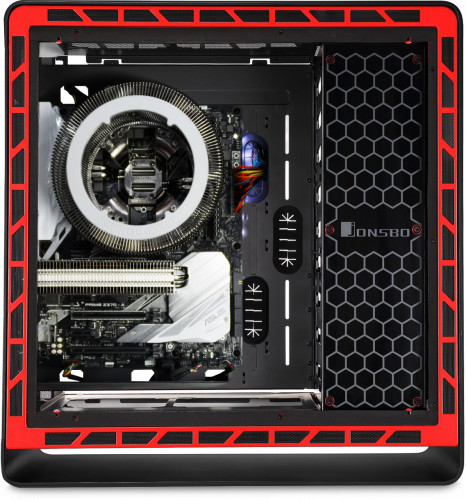 You’d think there would be a downside to all this extra performance but to be honest we cannot think of any. The CPUs have a maximum Thermal Design Power (TDP) of 95W (K-suffix), 65W (no suffix) and 35W for the low powered (T-suffix) processors. This means they can take advantage of a fanless CPU cooler and be cooled without the need for a fan! Now that is fantastic (pun intended). The below table indicates which CPU cooler must be selected based on the chosen CPU’s TDP.

PLEASE NOTE: The images on this page show the Nofan CR-95 CPU cooler, this cooler is no longer available. The Silverstone Heligon replaces the CR-95 for 95W CPUs. We will updates the images in due course. 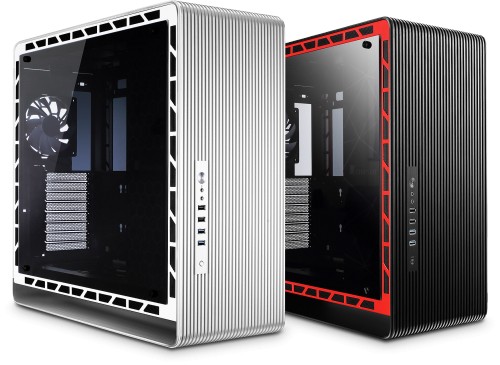 “WOULD RECOMMEND SELLER AS MY EXPERIENCE WAS VERY POSITIVE.”